Attention Disorders Clinic provides evaluation, treatment, and ongoing management and support for children and adults with ADD, ADHD, Asperger’s and autistic spectrum disorders, executive function difficulties, and other related neuropsychological disorders such as anxiety and depression.

Our office is a collaborative effort providing comprehensive care for the whole family with both a medical practice and a separate psychology practice in one location. David Jubelirer M.D., Natalie Carter DNP, and Jenny Jones, APRN are the medical providers. The psychology practice of Aharon Shulimson Ph.D. encompasses psychological therapy services, biofeedback, and neurofeedback.

Attention Disorders Clinic was founded to provide the most comprehensive and up-to-date, care, diagnostic tools and testing, and treatment for patients with attention disorders. Our approach combines an understanding of current advances in neuroscience, recognizing that many problems are neurologic in origin and that these brain differences have behavioral consequences.

Our approach is to provide services for the whole family. Besides an extensive personal and family history, we offer FDA approved, research based brain mapping (QEEG) to ensure accuracy in diagnosis and guide treatment options.. Counseling, education, medication, supplements, genetic and neuropsychological testing, executive function coaching, and brain training using biofeedback and neurofeedback are tailored to individual needs.

It is our belief that helping you with specific challenges is critical for daily living, and the overall goal of successful treatment is to improve and maintain self-esteem and encourage independent growth.

Dr. Jubelirer is board certified physician specializing in the diagnosis and treatment of ADHD, Asperger’s Syndrome/Autism, and related psychosocial and academic problems for adults, adolescents, and children. He also performs and analyzes QEEG brain mapping , to better understand brain function and support an accurate diagnosis of ADHD or presence of traumatic brain injury.

Jenny Jones is originally from Tulsa, Oklahoma, she earned her Bachelor of Science in Biomedical Science from Texas A & M University and then went back to school to earn her Master’s in Nursing at Boston College. After practicing as a Nurse Practitioner in Women’s Health for several years, she decided to expand her knowledge and received post-master’s certificate in Adult and Geriatric Nursing. Working as a Nurse Practitioner has developed her passion for serving people struggling with long term sickness, mental health issues, ADHD, or encouraging patients to live a healthy lifestyle. Jenny is married and a mother of three active boys. Although her family takes priority, she loves her job and helping patients with their ADHD and associated symptoms.

Natalie C. Carter is a Utah native, earning her Bachelor of Science in Nursing at Utah Valley University, and receiving a doctorate degree as a Family Nurse Practitioner from University of Utah in 2011. Natalie has experience in many areas of nursing including women’s health, oncology, orthopedics, drug dependency rehabilitation, and general surgery. As a Family Practice Nurse Practitioner she developed a passion for helping patients who are struggling with anxiety, depression, ADHD, and substance abuse. In her former practice she received referrals from her colleagues because they recognized her talent for piecing together the neurologic, genetic, and life experience components of each patient’s problems. Natalie understands that each patient is unique, and therefore, deserves their own unique treatment plan.

Anita Lucente is originally from San Antonio, Tx, she earned her Bachelor of Science in Nursing at Capella University, and went on to pursue her Master’s Degree at Chamberlain University as a Family Nurse Practitioner. Anita has a passion for neurology and has worked with patients with various neurological disorders. She also recognizes the importance of health and wellness and is dedicated to engaging her patients and encouraging the best possible health.

Anita is married and has 2 young children. She is an animal lover and has various types of pets in her home. She loves the outdoors and enjoys camping.
She is very excited to be a part of our team.

Amy is a licensed Clinical Mental Health Counselor and certified ADHD professional from Salt Lake City, UT. She earned her Bachelors of Science in Exercise Sport Science and Psychology from the University of Utah and her Masters in Mental Health Counseling from the University of Phoenix. She has experience working in residential treatment facilities focused on the treatment of trauma and substance abuse disorders. She has also worked with children, adults and families in outpatient settings. She uses an eclectic approach to assist clients in optimizing their strengths to overcome specific challenges.

Amy enjoys working with school age children, adolescents and adults. As a certified ADHD professional she is equipped to help those who struggle with impaired executive functions due to ADHD, autism, traumatic brain injury, and other neurocognitive disorders. She also enjoys working with individuals recovering from adverse childhood experiences or trauma who may be struggling with anxiety, depression or PTSD.

She is on the Mental Health insurance panels of Blue Cross/Blue Shield, United Healthcare, Cigna, Aetna, PEHP, and Select Health. She also offers her services on a sliding scale through the Attention Disorders Clinic. You may contact her directly to discuss fees or to determine if her services are appropriate to meet you or your child’s needs via email amy@attentionclinic.com or you may schedule an appointment by contacting our office at (801) 467-4210.

Dr. Shulimson is a psychologist who has a postdoctoral Master of Science degree in Clinical Psychopharmacology. He is experienced in working with clients who have ADD/ADHD, anxiety, depression, behavior problems, traumatic brain injury, and chronic pain. He specializes in biofeedback and neurofeedback as treatments for ADD/ADHD and other psychological and medical disorders.

Dr. Shulimson is a psychologist who has a postdoctoral Master of Science degree in Clinical Psychopharmacology. He is experienced in working with clients who have ADD/ADHD, anxiety, depression, behavior problems, traumatic brain injury, and chronic pain. He specializes in biofeedback and neurofeedback as treatments for ADD/ADHD and other psychological and medical disorders. 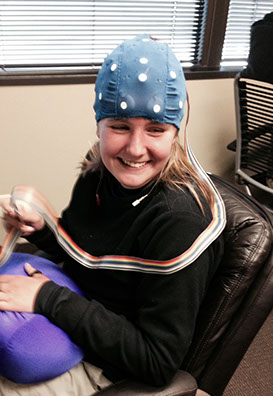 Quantitative EEG is sometimes recommended and performed in the office. The QEEG is used to help understand the underlying neurologic basis of attention problems and other conditions through computerized assessment of brain wave patterns. A patient’s brain waves are then compared to established norms for people of the same age and sex using sophisticated FDA approved software. Drs Jubelirer and Shulimson are among the few specialists in the Mountain West skilled in the interpretation and analysis of the Quantitative EEG and Brain-mapping.

Because the findings in ADD or ADHD are distinct ,QEEG is particularly useful in very young children when it is hard to know if the behaviors are just part of the normal developmental spectrum and in individuals who also may have depression or anxiety, etc.

Four distinct patterns of brain wave activity have been identified in ADHD:

The QEEG results are used as an aid to significantly increase the accuracy of diagnosis, create a neurofeedback therapy program individualized to meet a person’s needs, as well as to reduce some of the “trial and error” involved in choosing medications.

Brain wave differences may also point to neurologic connections that serve to explain the basis of a variety of behaviors and additional personal life challenges.

Neurofeedback, also known as neurotherapy or EEG biofeedback, is a form of treatment that is used to change patterns of brain wave activity. When implemented by our experienced clinicians, it can greatly reduce or eliminate the need for medications in a variety of conditions.

For example, persons with a common form of ADHD have an excess of theta waves.

amount of theta waves their brains produce to within normal limits, thus improving their attention.

Typically, we perform a Quantitative EEG (hyperlink) test to assess an individual’s brain wave patterns and customize a neurofeedback program based on our findings.

Dr shulimson has over 15 years of experience performing neurofeedback. He is trained in the advanced practice of Loreta neurofeedback which “trains” multiple areas of brain differences simultaneously often resulting in fewer total neurofeedback sessions.

The neuropsychological evaluation involves an interview and the administration of selected tests chosen to learn more about brain function . The tests are typically pencil and paper type tests. Some tasks might be completed by the patient with assistance from a technician, but the majority of the tests require administration by a neuropsychologist or trained, skilled psychometrist. Neuropsychological tests are standardized, meaning that they are given in the same manner to all patients and scored in a similar manner time after time.

An individual’s scores on tests are interpreted by comparing their score to that of healthy individuals of similar age, education, gender, and/or ethnic background and to expected levels of functioning.Although individual scores are important, the neuropsychologist looks at all of the data from the evaluation to determine a pattern of cognitive strengths and weaknesses and, in turn, to understand more about how the brain is functioning.

We offer testing to assess strengths and weaknesses in executive functions and can provide strategies to improve skills that have not developed at an age appropriate level. Executive functions include the skills of planning, organizing things and ideas, initiating and completing tasks, forgetfulness, procrastination and time management, and understanding the big picture not just the individual details.

Prescriptions , including controlled drugs like Adderall and Ritalin, will be “E-scribed” via computer to your pharmacy within 24-48 business hours. We do not allow early refills on controlled substance prescriptions.

NOTE: Because of new state and federal regulatory laws, prescriptions can no longer be E-scribed or filled at pharmacies outside of Utah.

If you wish to change your current prescription, please describe in detail the reason for the change. All new requests or changes will be carefully reviewed.

These are reputable and informative websites that we recommend : 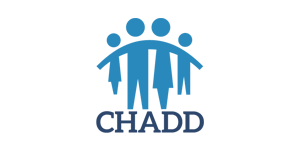 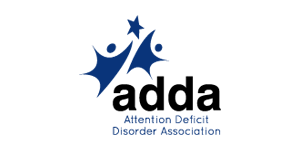 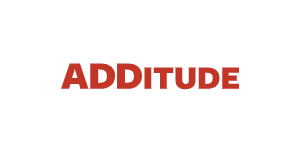 If you have a medical emergency, please go to the nearest Emergency Room.

You may also call the Help Desk at the University Neuropsychiatric Institute- 801-583-2500.